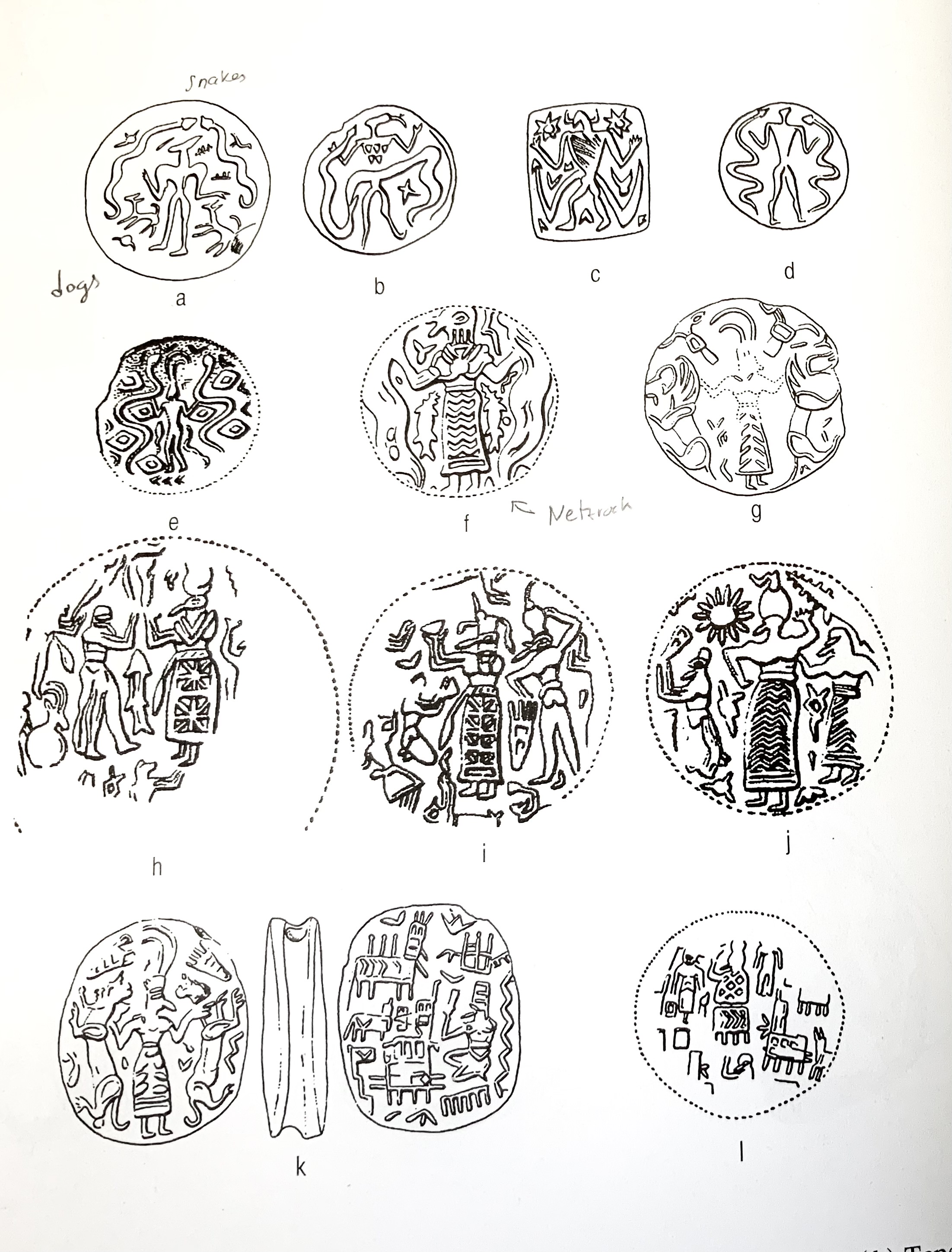 Stamp [[seal]] were prominent in the Halaf culture, in Anatolia and the Zagros mountains before descending into the southwest Ubaid, where they were transformed into cylinder seals

Archaeologists prize tamgas as a first-rate source for the study of present and extinct cultures.

when labor distributions within clans developed, various tamgas, drawings, notes, and earmarks have been used as an identification sign for labor instruments and utilities as well as in domestication of animals.

Tamgha-i-Imtiaz or Tamgha-e-Imtiaz (Urdu: تمغہ امتیاز‎), which translates as "medal of excellence", is fourth highest honour given by the Government of Pakistan to both the military and civilians.

In Egypt, the term damgha (Arabic: دمغة‎) or tamgha (تمغة) is still used in two contexts. One is a tax or fee when dealing with the government. It is normally in the form of stamps that have to be purchased and affixed to government forms, such as a driver license or a registration deed for a contract

Heraldry (/ˈhɛrəldri/) is a broad term, encompassing the design, display and study of armorial bearings (known as armory, coat of arms), as well as related disciplines, such as vexillology, together with the study of [[rank]], pedigree and ceremony. ( moniker name:)
Mon (紋), also monshō (紋章), mondokoro (紋所), and kamon (家紋), are Japanese emblems used to decorate and identify an individual, a family, or (more recently) an institution or business entity. While mon is an encompassing term that may refer to any such device, kamon and mondokoro refer specifically to emblems used to identify a family

A crest is a component of a heraldic display
sup[[port]]ers, badges, heraldic [[banner]]s and [[mot]]toes.