How I did it (setup MapMint) ?

The MapMint application can be installed very simply using Ansible scripts. It is thus possible to deploy several instances of MapMint through the use of the ansible-playbook. In this section, you will learn how to setup only a single instance which is your local OSGeoLive 12.0 VM.

Before you can install MapMint using Ansible scripts, it is necessary to ensure the presence of some packages and specific Python modules.

It is necessary to download Ansible and specific MapMint installation scripts. To do this, use the following commands.

For making your user able connect to the server on which to install MapMint, you must create a key to enable an automatic authentication. To do this use the following commands.

When you will be prompted, you are required to confirm every question by pressing “Enter”.

Installing MapMint is fully automated via the previously downloaded Ansible scripts, so only remaining task is to launch it. Before that, it will be necessary to set Ansible and specific scripts installation for MapMint to define the name of the machine that will be used to access the instance.

Now use this commands to make sure you are using the correct LibreOffice and R-libraries:

To proceed with the installation, please use the following commands.

Once the last command is finished, you are almost ready to start using your MapMint instance that you have just setup. Fist you should ensure that the settings defined in your main.cfg file is correct and correspond to your setup. To make sure that the main.cfg file is correct, please edit the file /ur/lib/cgi-bin/mm/main.cfg which contains the main settings for your MapMint instance. You will need to replace every occurence of myhost.net by localhost. The easiest way to achieve this is to use the following command:

During this workshop, you will use two datastores already available on OSGeoLive 12.0, by the names: NC_Raster and NC_Shapes. To make them available through the Distiller, you have to create a symlink to these directories and allow the apache user to make any modification required to store files in these directories. To do this, use the following commands.

Now, you are ready to use your MapMint instance. 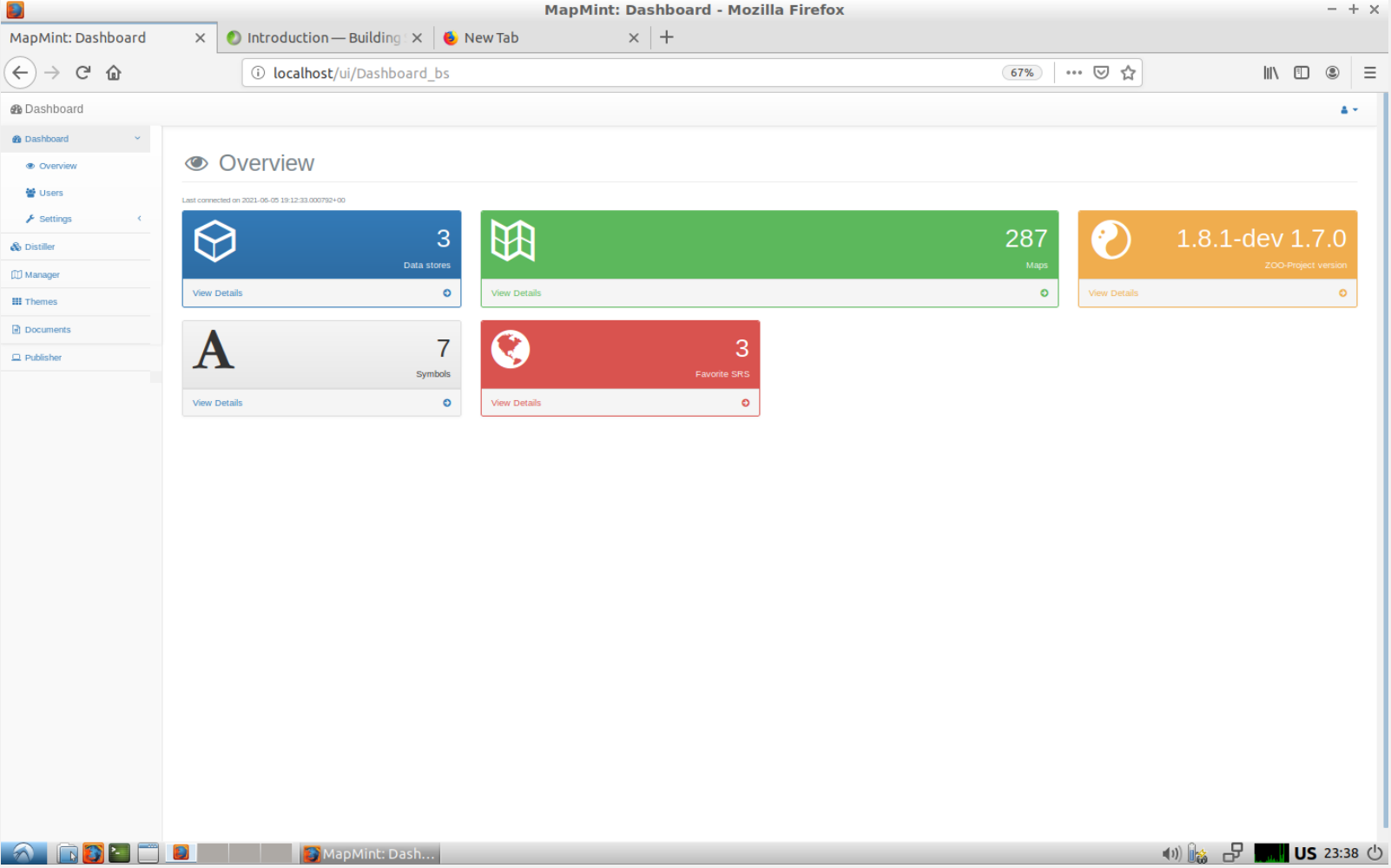