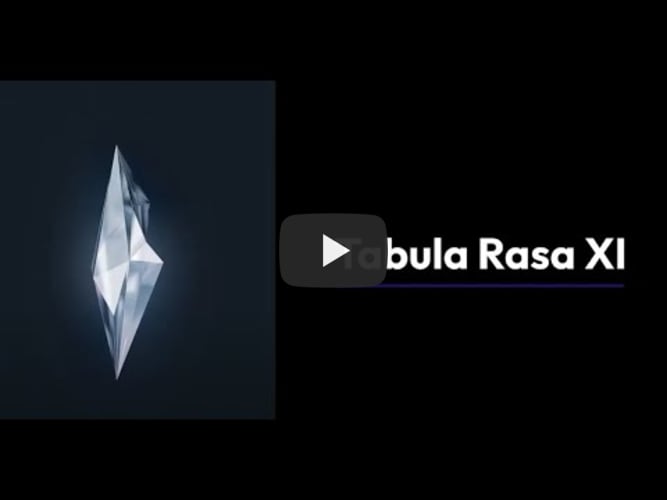 We would like to welcome you to our new server, Tabula Rasa!

Using https://github.com/AirSkyBoat/AirSkyBoat and https://github.com/LandSandBoat/server as a base, we have begun a new 75 cap private server project. Our project is dedicated to reproducing Final Fantasy XI as it was prior to the level cap increases with a few minor additional comforts.

Come join us as we begin to recreate the game we loved from the US release including the first expansion to the last days of Wings of the Goddess prior to the level increases!

This is intended to be a progression server, working its way through each expansion as accurately as available information allows. Our plans for the server are to ensure the most complete and accurate experience we can create. This means NM’s, gear, JA’s, jobs, etc will be released with their respective expansion.

To achieve that goal, we plan on a granular release approach of each expansion, verifying its completeness prior to public access. Relive the evolution of the game as it was before! To better serve our players, we plan on reducing frustrating features, such as waiting for JP midnight for progression among other things.

As we develop our server, we will be contributing back to either LSB or ASB as appropriate, so that all servers can benefit from our work in the spirit of open source software that Tabula Rasa is built upon! Sharing everything we make and fix helps everyone! To begin with, we are holding an open beta of the new server. We're going to limit the initial level cap to 50 as we iron out the bugs and encourage players to test content like BCNMs and Garrisons!(Sam and Nin will be available) Anyone who participates in the beta will be able to continue playing their characters in the full 75 release of the server, barring any serious issues. We apologize in advance, but we will not be accepting transfers of characters from other servers. This is a quality measure on our part, as well as a balancing decision.

Beta Release Date: 6/25/2022 -- End date: TBD – However, once the server is ready there will be an announcement of the launch date with little to no downtime between beta going down and the official launch. Maybe up to a day. At which point the level cap will be increased to 75. More info to come on the beta end date.

We're treating this as a soft launch of the server. The purpose of this beta is to utilize the player base to find OOE things such as missing BCNMs, NM’s and other content that slips through our audit so they can be removed.

When beta is launched on 6/25 you will be able to create your account with your Discord to join us on Tabula Rasa!

Era accuracy: Our philosophy is era accuracy with QOL features that enhance the gameplay for a large number of players. We understand the changes we are implementing wont entice everybody. We do not have plans to be a fully custom server, however, the QOL improvements we are implementing are integral to the experience we are hoping to provide. Those QOL improvements will be fleshed out further down in the post.

Lag reduction: No more are the days of sitting at KA with 50+ people and watching it pop already claimed due to lag. LSB did a whole refactor that boasts 20x faster speeds https://github.com/LandSandBoat/server/wiki/Sol-Refactor Garrison: We have seen this content be asked for on other servers, and decided to create a fully fleshed out and functioning Garrison system. We hope you and your friends hop in the beta and help test this new(old) piece of content!

Dual box: There will be no dual boxing and your account will be tied to your discord. Account sharing will also not be allowed, people caught doing either of these will be banned.

Exp rate x2: Our reasoning behind this decision is that we understand that a large portion of the veteran player base has leveled countless jobs to 75 (and merit’d them) on other servers, and leveling is more of a means to an end for a lot of players. We also understand that the casual player who can only sit down and play for a few hours a day wants to be able to make meaningful progress on their character. This also makes soloing (looking at you Beastmasters) a much more viable option to level your character in a reasonable amount of time.

Craft rate 1x: At this time we feel that the base crafting rate is acceptable and will encourage a functioning economy rather than increasing the rates significantly.

Fame x2: Nobody has fun running back and forth from Bastok to Windurst to hand in cornettes for 3 hours. The fame system is typically just an annoyance that you have to get through, so we decided to speed the process up to get you through it faster.

Movement speed 120%: This applies to your character, Chocobo, and monsters. This is just meant to be a QOL feature that saves the player a bit of time in the long run (pun entirely intended). We don’t expect navmesh abuse to be an issue because the base we're using has a ton of work put into its navmesh specifically to prevent mobs getting stuck on things. But this is something that will be monitored closely, blatant navmesh abuse will be a punishable offense. Conquest: We plan to not require your nation to control an outpost in order for you to unlock said outpost. (Windurst citizens rejoice!) Outposts will not be unlocked for you automatically, you will still need to complete the supply missions, but no more waiting for months for your nation to take the dunes. Specifics such as regional vendors are TBD and we are open to feedback on that.

FOV/GOV: Disabled initially, whether or not we will enable FOV/GOV books with the WOTG launch is still TBD.

RMT changes: Items such as Leaping Boots/Bounding Boots will come from their respective NM’s/BCNM’s. (IE: Bounding boots from Leaping Lizzy, Peacock amulet from Argus. With their sellable versions coming from the BCNM’s)

Addons: A list of allowed addons will be posted on our website at a later date. TLDR: no cheats, you will be caught, you will be banned.

Come journey through Vana’diel with us!