By default, we can only use the docker commands with root privileges. Ubuntu requires the use of the sudo prefix. For example, if you try to run a hello-world container, the output displays permission was denied.

To bypass typing sudo every time. Adding the user to the docker group grants privileges equivalent to root. 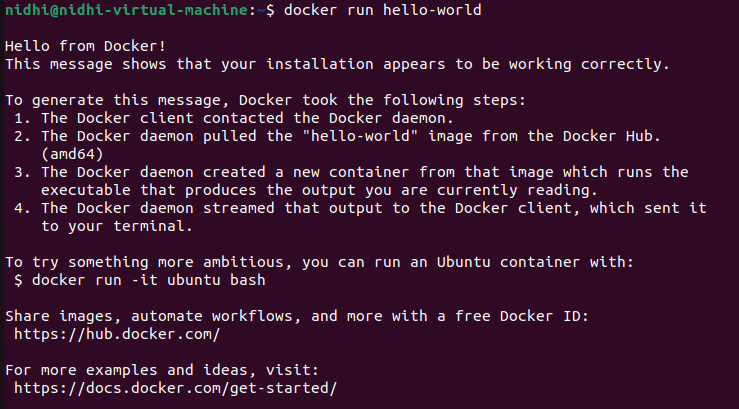