This mainly consisted of teaching us how to set up linux with our DNS info and then testing connectivity. We did this by pinging google to test our connection via the WAN and then we pinged all of our other vm's in order to see if we were connected to our LAN properly. After pinging these addresses, we were ask to set up A and PTR records for dhcp01 to the DNS configuration on ado1. I accomplished this by booting up my ad01 vm and then directing myself to my DNS manager and located the forward lookup zones and then from there I added a new host A and then set up the correct information and also clicked create new PTR before I hit done. So what this did is that it set up a record which allows me to ping my dhcp01's box by name instead of its ip address. This was successful and then we moved on to using remote access. We did this by using the command, "ssh" and adding the name of the box we wanted remote access to, "[email protected]". It then asked us for our password, after inputing that we went on to play around and explore the directory. We learned how to use the "sudo" command to allow ourselves to have privileged user access in order to install the "tree" package. After we played around a bit with "bash" and more specifically Bash history; we learned how to access it(just shows commands the user previously used before) and then we were assigned with discovering how to clear the history. After some research online I finally found two commands that worked(history -w & history -c). Over all the lab was very successful and I learned a decent amount of new knowledge since I've never used Linux previously.

In order to set a static IP on CentOS Linux you have to use the tool, “NMTUI” in the OS. You use the arrows key to work around the environment and eventually after a few clicks get to the box that allows you to enter different settings and addresses, like the IP addresses. While you’re in this settings section, you can also set other things pertaining to your DNS info.

Commands Used Within the Lab:

Three New Linux Commands to use in the Future

Diagram of LAN and WAN Layout: 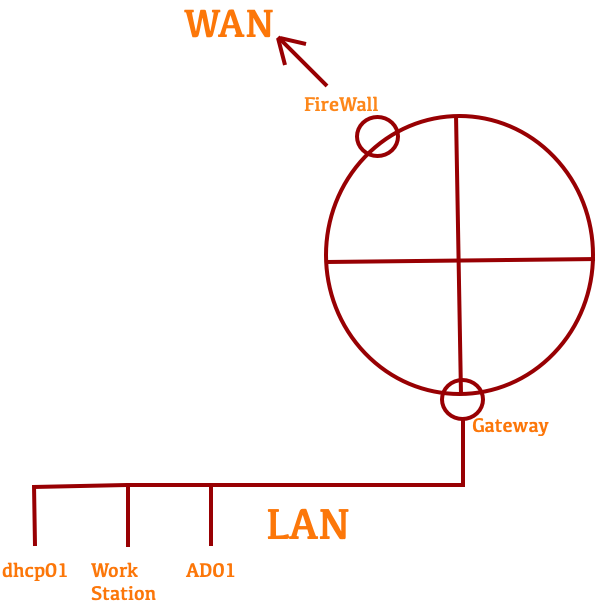