The 28th of May 2016, the GBIF France launched officially his data portal based on ALA. The main purpose for this portal is to provide data about the French data publishers with more precise tools than the GBIF.org. 3 sections are available: collections/dataset, occurence search and spatial portal. The spatial portal was launched on the 10th of June 2016. It the first one to be install by a developer outside the ALA Dev team.

The GBIF France put only one developer to configure and install the data portal and the spatial portal. But the rest of the GBIF France team was occasionnaly helping on the translation of the portal.

The portal is hosting by the university of Lille, partner of France-Grilles (French node of EGI network). The portal architecture is divided between several Virtual Machine (see diagram) to match the SOLR and Cassandra setup and requirements (who need their own VM) but also to separate modules.

Since French is an UTF8 language, a certain amont of code modification is necessary to adapt the data portal to the French language specification. See the GBIF France github for more informations about that.

This is current production environment of GBIF France for the occurrence research engine (generic-hub) and metadata portal (collectory) architecture. 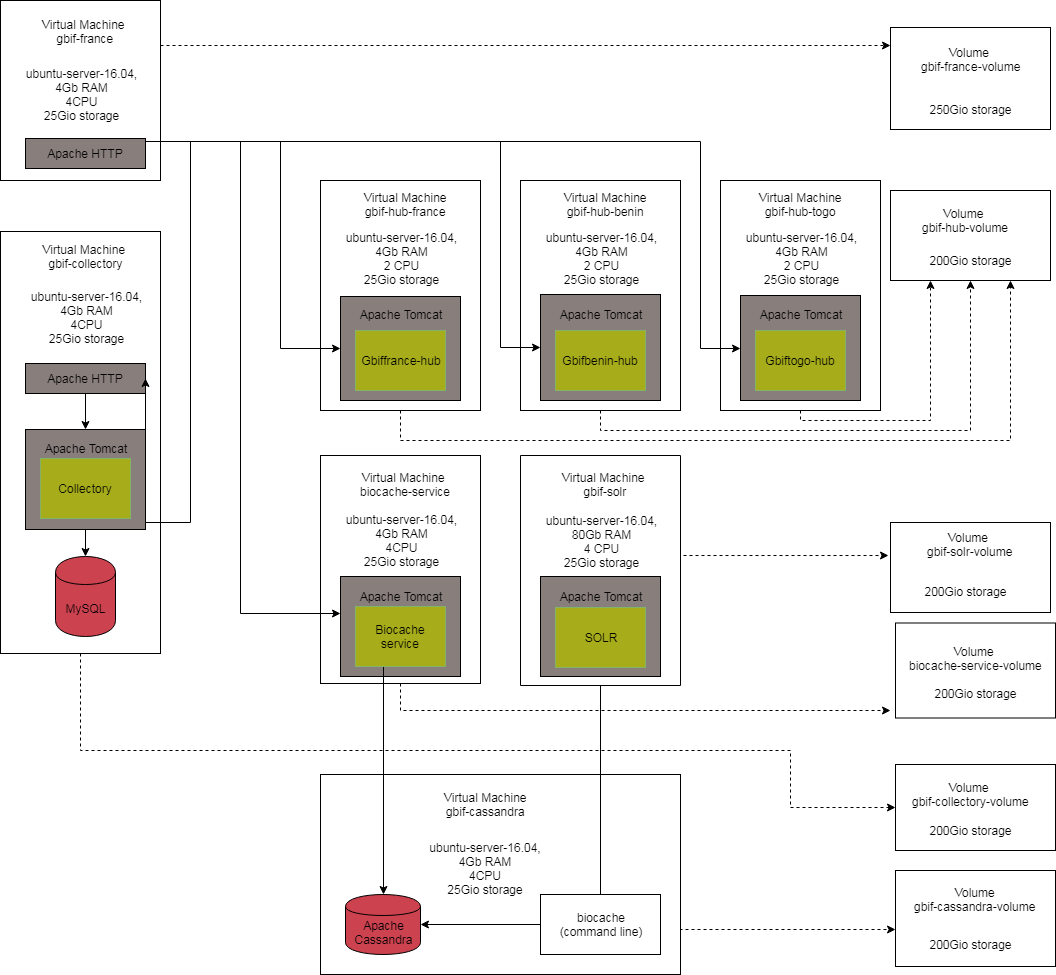 Mains local points to this portal