MAL Updater OS X can post updates to Twitter automatically when you scrobble a title and share what you are watching on Discord. By setting an account in Social Accounts preferences, you can enable this.

By default, there are tweet formats predefined. To customize your own tweets to be sent, you can use the text fields under each check box option. There are special tokens that will be replaced by the actual fields. They are the following: 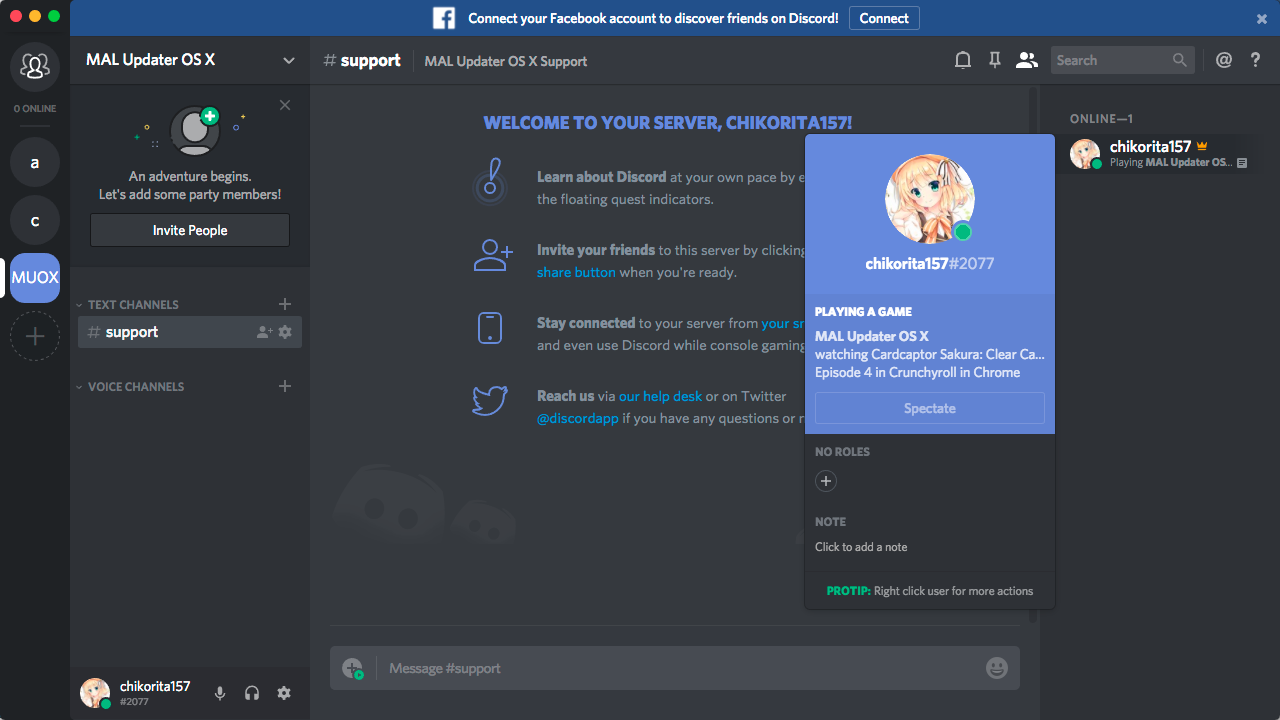 MAL Updater OS X 2.4 now have Discord sharing support. You can share what you are watching using Discord's Rich Presence. When you scrobble, even if an update is not necessary, it will update the status on Discord. Note that we cannot show poster images in Discord due to limitations with the Rich Presence API. You need to have Discord running to use this functionality.