This section adds platforms to the game. 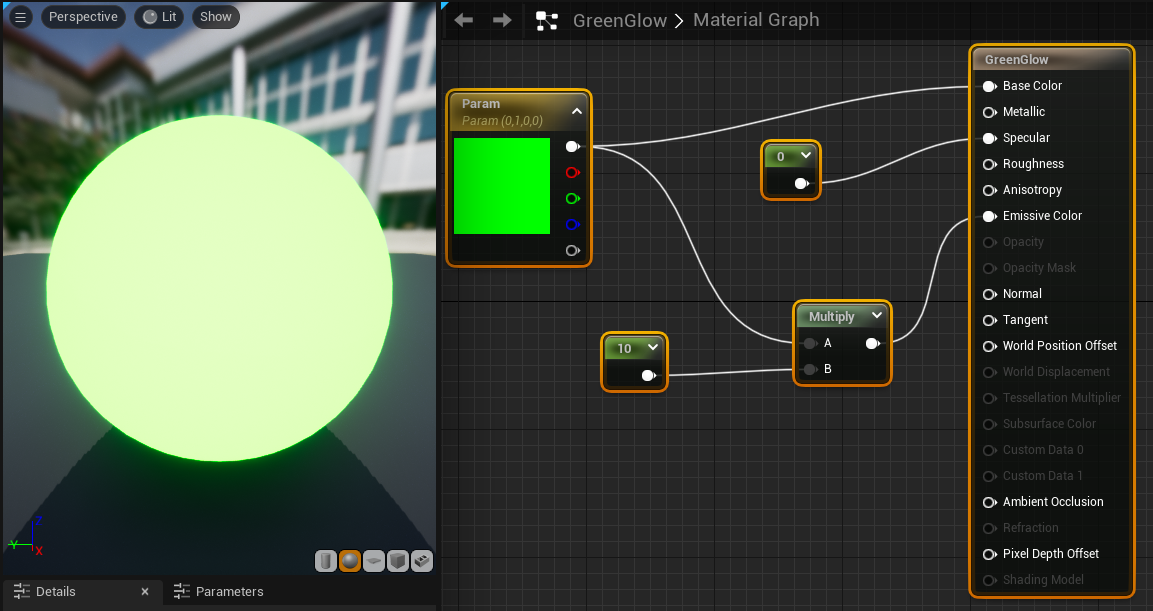 Switch to the graph for the Platform.

Add four variables via the Variables section to provide configuration for the platforms. As you add them click to the Eye icon at the right to open to make them publicly accessible and editable. After you compile the blueprint you can set the variable default values in their Details.

The graph from this node is responsible for initializing the platform to start at the first arrow and set its edge to red if it is not active.

Create a new blueprint Actor called PressurePlate. It is composed of a cube (named Plate) scaled to (2.0, 2.0, 0.1) with a slightly smaller cube (named Glow and parented to Plate) protruding from it with the Red Glow material so it appears there is a button on top. It is red by default but turns green when it is ready to be stepped on. Then add a Box Collision as Box (parented to Plate)and size it to just contain the pressure plate cubes.

Switch to the graph for the PressurePlate.

NOTE: for the blueprint below the Branch node was moved after the SetWorldLocation to make sure all platforms will begin at their Point1 location.

The pressure plate will make a sound the first time it is stepped on.

The platform will make a continuous hum unless it is deactivated.