A couple of things you'll need before we get started are:

You can start off by installing Andriod Studio from the provided link above in Installation Setup,

once you launch the setup executable you can install Andriod Studio with the default settings.

With Andriod Studio successfully installed and launched, you can go into the unzipped FTC Robot Controller folder which should look something like this 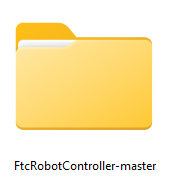 and open it in Andriod Studio.

If you happen to get an error saying that you don't have an SDK or you need to enter a path to the android SDK, you'll have to go back into Andriod Studio, usually by pressing "Cancel" or force closing the window and reopening it, once you reopen or once it shows the Andriod Studio window, go to File => Settings => Appearance & Behavior => System Settings => Android SDK which you'll find here: 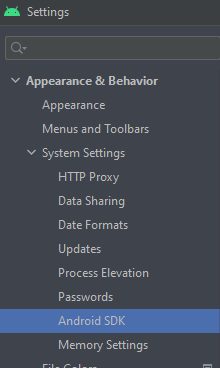 Once you're on the Andriod SDK settings page, you'll see something like this (Your window will differ from mine) 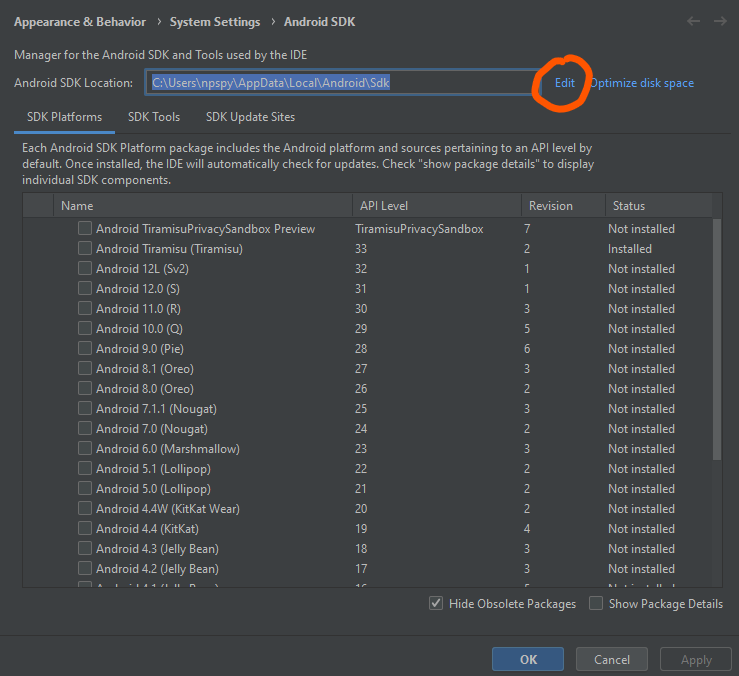 Press the button that says "Edit", press that and another window will pop up 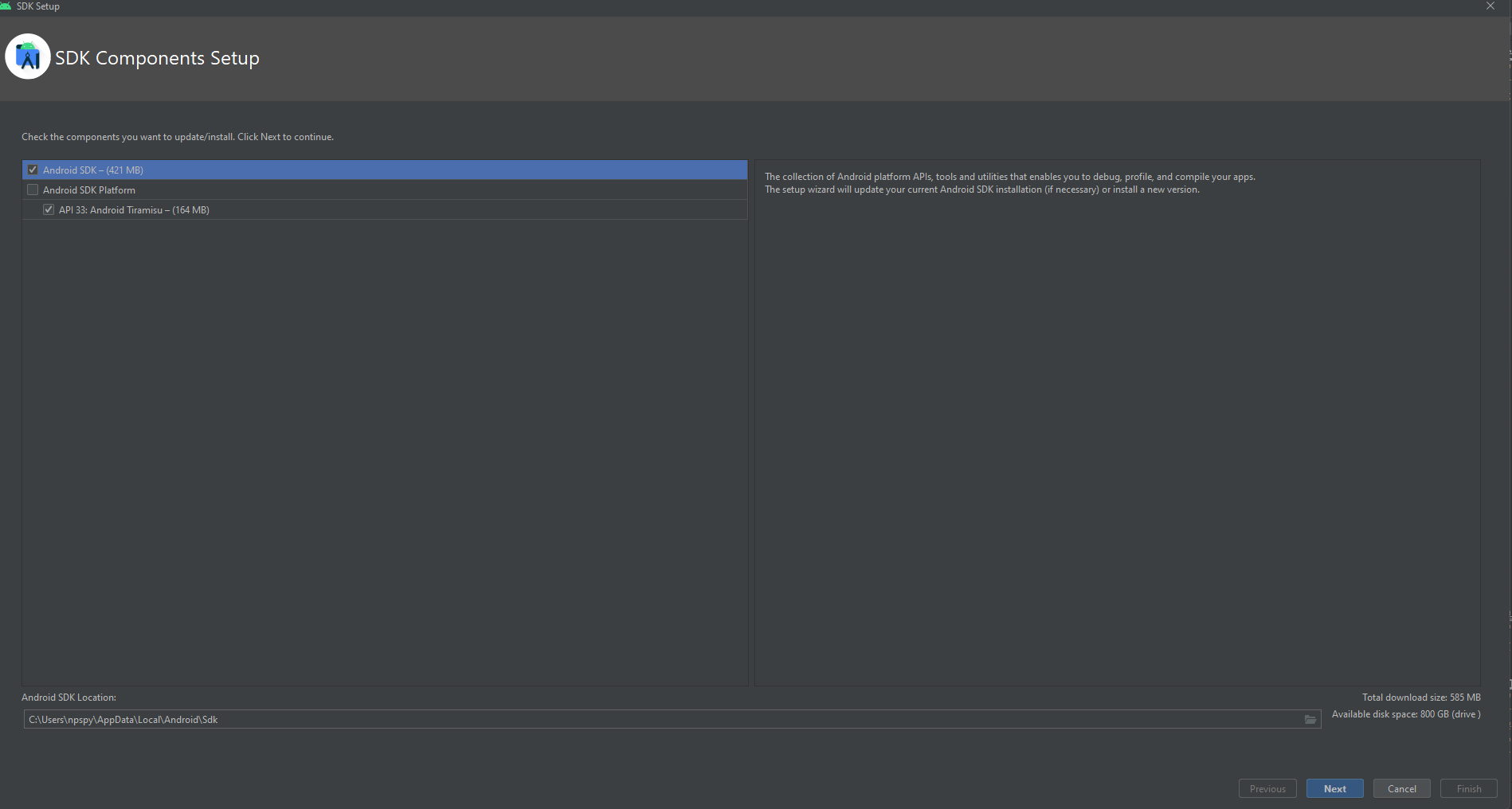 Make sure "Andriod SDK" Is checked off at the box, then press Next, and Next again until you're at the license agreement page 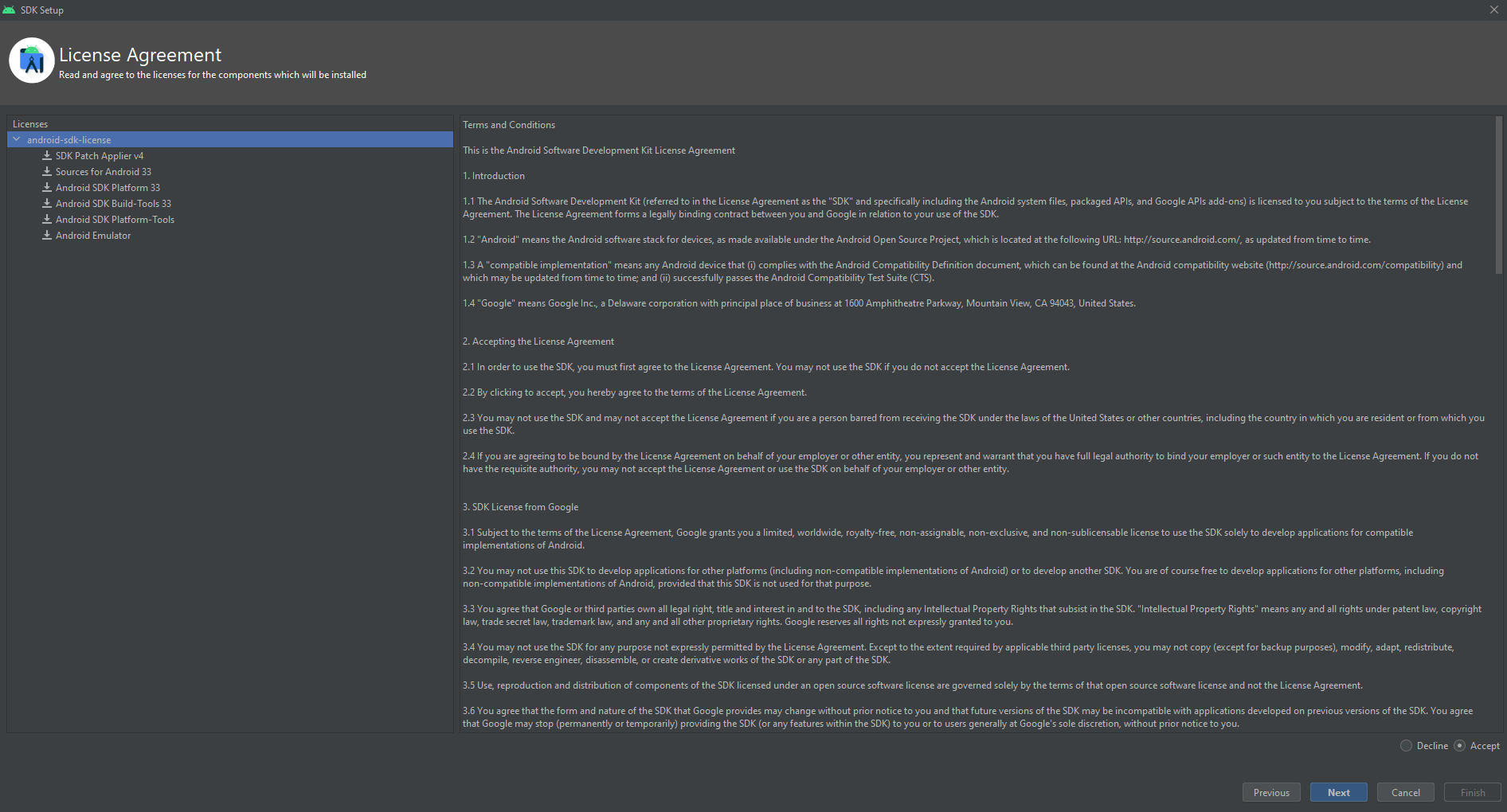 Read and accept the terms and conditions shown, and after doing that, the needed Andriod SDK is installed.

Once it's done downloading, you'll get this screen, just press "Finish" 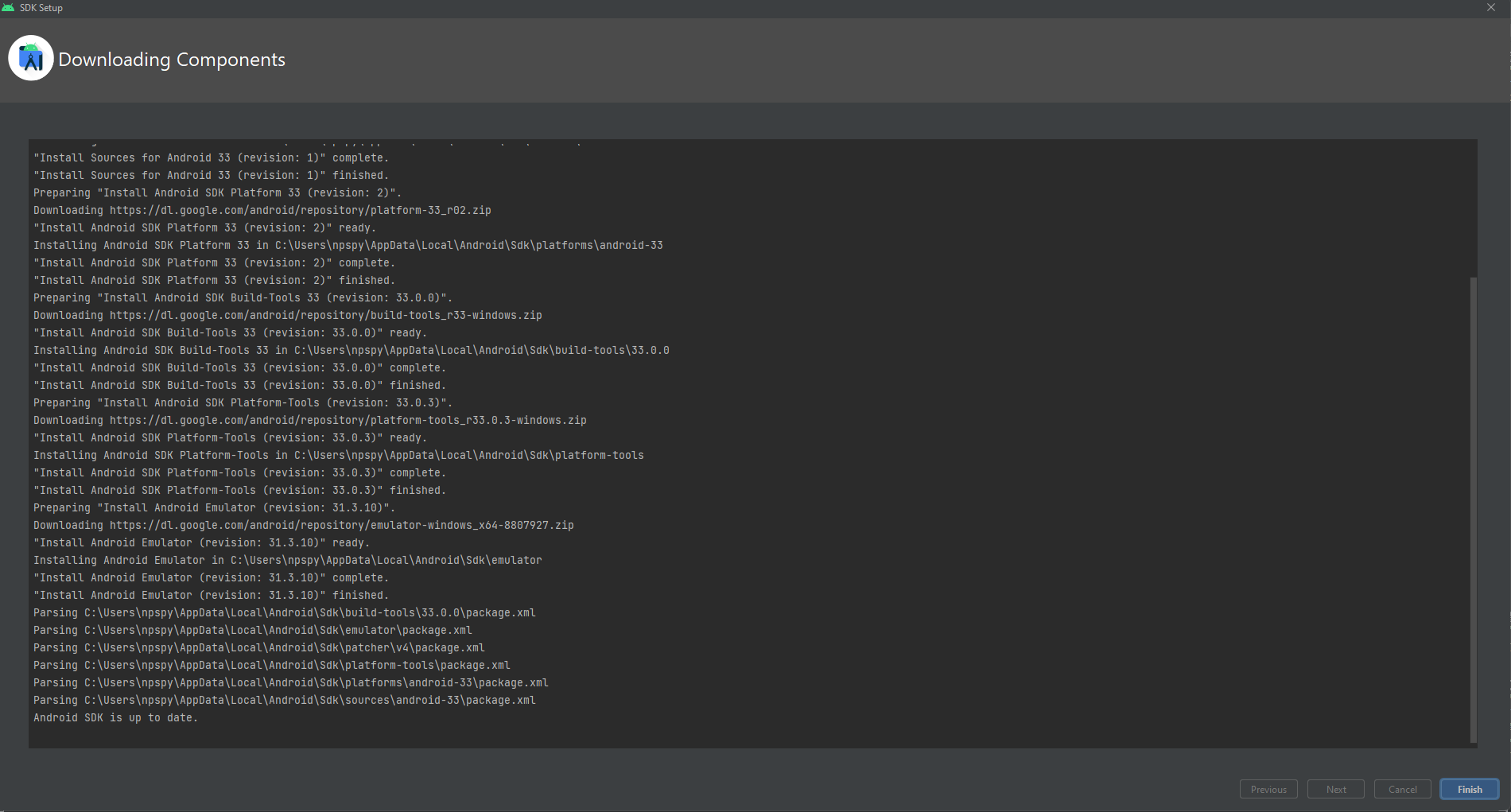 After you press Finish you're back to the Andriod SDK window, you'll have to install the package Andriod 10.0 (Q) shown below, since that's the OS the phones, driver hubs, and control stations are on. Then press "OK" then confirm the change. 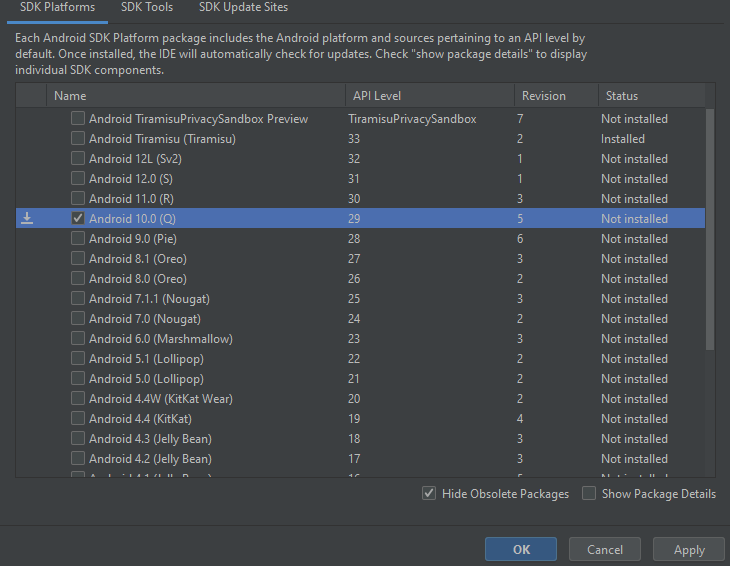 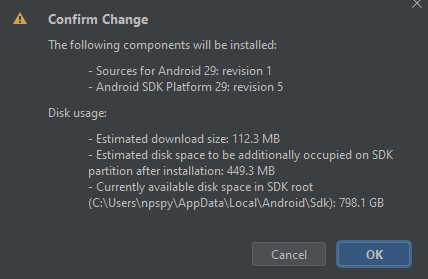 Congrats, you've installed and configured Andriod Studio for FTC, onto the next part.