Here is a little Guide on how to use the Script. First of all, either select one of the sub-options of the command OR select the character as the one you#re speaking as before you issue the !down command.

This is not necessary for the GM.

Then there will be a menu in the chat for the one that has issued the Command. If you have not set up any Downtime, then the Buttons will not work as a certain amount of time is needed for each Activity. The amount of time is displayed in the GM-Notes and in the Menu that the Players see. 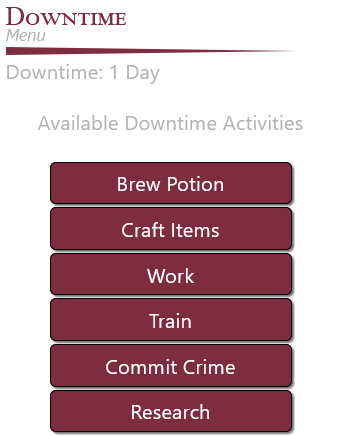 For the Players: If you click on "Brew Potion", there will be a prompt, which asks you to input the Rarity and the Amount you wish to craft. 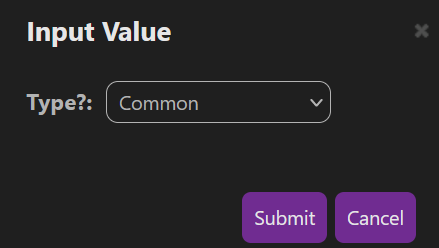 Afterwards, there will be another menu in the chat, which will allow you to specify which Potion you would like to brew and how many. When you click "Brew Potion", it will add the desired Potion and remove the money as well as the Downtime. 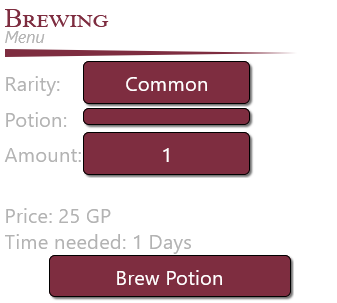 When you click work, there will once again be another prompt, which asks you what skill or tool you wish to use and for how long you wish to work. It will automatically give you the money when you have chosen all this.

Next, when you click on Train, it will give you a few more prompts. After which, there will be another menu in chat, where you can once again specify what you would like to train. 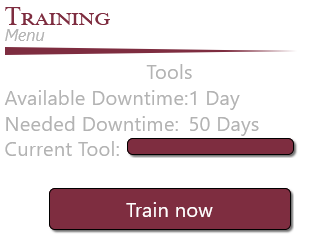 And last but certainly not least, the Crime option. Click this, select a skill or tool and another menu will appear in Chat. Put in a targeted value and the DC will update automatically. The GM will be notified on how many of the three checks you pass or fail. 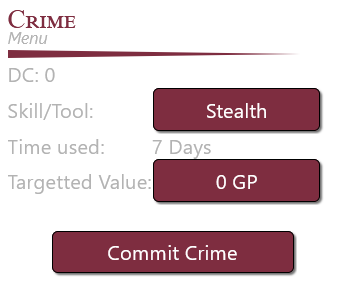